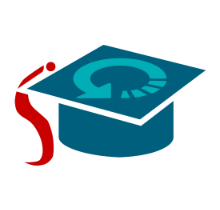 COLLEGE STUDENTS ARE LIVING NEW LIVES IN RECOVERY ON CAMPUS

As an undergraduate student at the University of Nevada, Reno, Daniel Fred began to turn to alcohol and other drugs to cope with the pressures of school and the loss of his roommate to suicide. Despite his 1.7 GPA, stints in jail, and his inability to connect with his peers, he didn’t see his drinking as a problem but he knew he was struggling. After his second year, Daniel was kicked out of the university and moved to Texas to try a new lifestyle.

In Texas, after two weeks of sobriety, Daniel’s grandparents arranged for him to meet with the program director of Texas Tech University’s Center for the Study of Addiction and Recovery. In order to be considered for admittance into the program, he was asked to commit to attending recovery support meetings for a semester.


This site is private. Contact Convey Services at support@conveyservices.com for more information.

Enter the email address that you signed up with and we will email you a password reset link.

Your session is about to expire.